Raleigh homeowner shares her horror after crane crashes through her roof Thursday :: WRAL.com 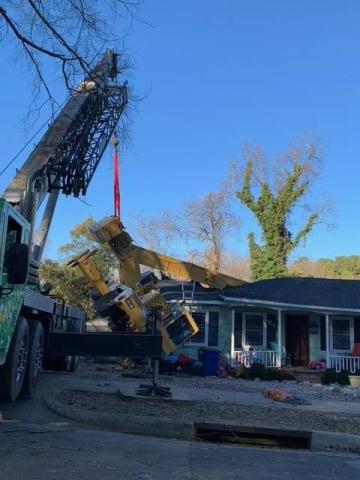 Raleigh, N.C. — A crane crashed through the roof of a Raleigh home on Thursday afternoon.

Erin Banks, who co-owns the home on Northclift Drive, says her two daughters, ages 2 and 20, had just walked outside at the time and narrowly missed potential serious injury, or worse.

The crane belonged to Molina’s Tree Services, which was removing trees near the property. To make things worse, the crane actually crashed through the house twice before the damage was done.

Thankfully, no one was hurt, but Banks says she’s not sure when they can get the roof fixed.

Molina’s says it will work with the family to repair the house, but Banks is skeptical that it can be salvaged.

“They said they’re going to repair it, completely,” Banks said. “I just don’t see how that’s going to happen. I mean, it’s horrible,” she said.

Traveling to France during Covid-19: What you need to know before you go