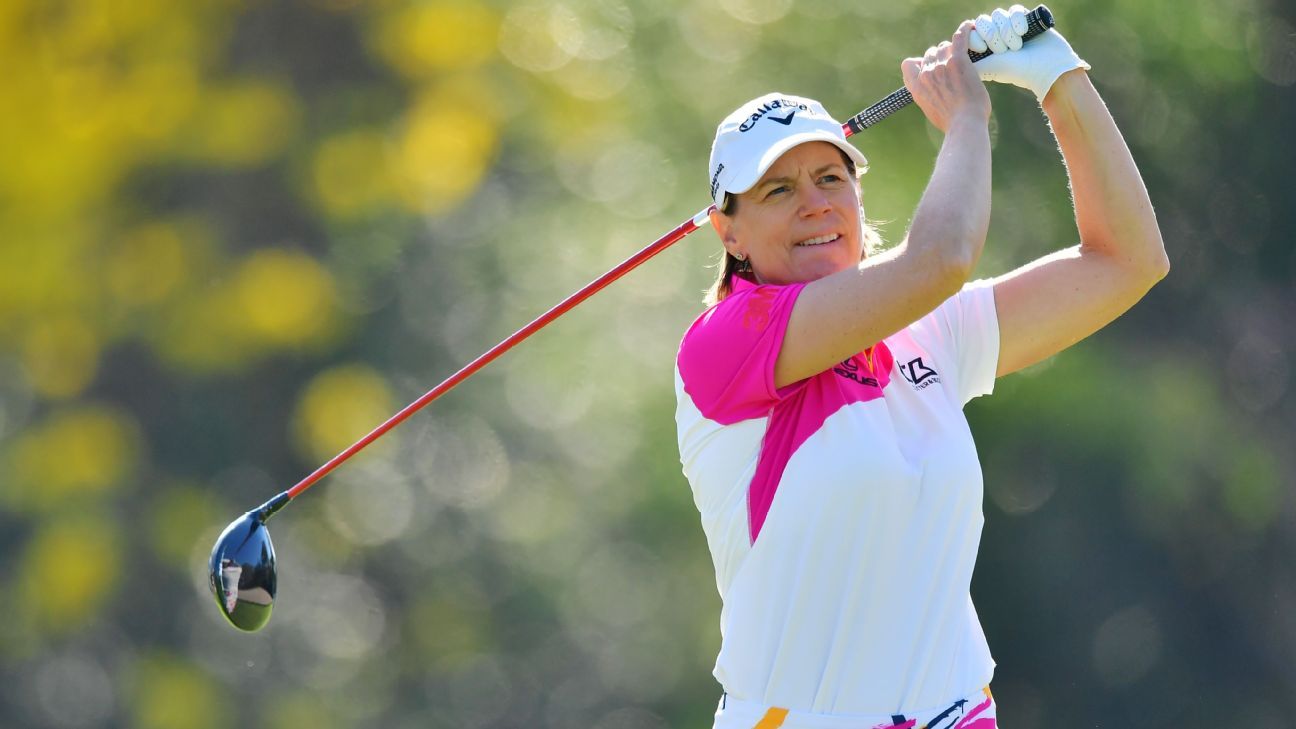 
ORLANDO, Fla. — Annika Sorenstam went more than 12 years without playing on the LPGA Tour. Now she gets two more days.

Sorenstam made three birdies after making the turn Friday at Lake Nona and posted a 1-under 71 in the Gainbridge LPGA. And even with the wrong ruling the previous day that led to an extra stroke, she still made the cut on the number.

“I did what I could,” Sorenstam said. “The goal was to shoot under par and I did, and so that’s all I can do.”

She still was 12 shots out of the lead as Lydia Ko posted a 3-under 69 and took a 1-shot lead over Nelly Korda (68). Ryan O’Toole had her second straight 68 and was another shot behind.

Sorenstam, making a one-time appearance because the LPGA Tour is at her home course, finally got some putts to drop and ran off three birdies on her second nine. She finished 36 holes at 2-over 146 and was right on the cut line.

And then she had to wait for the other half to play in the afternoon, wondering if that ruling in the opening round would come back to cost her the weekend.

Sorenstam took a triple bogey on the fifth hole of the opening round when her tee shot avoided going out of bounds by a fraction. But it was directly under the gate of a wrought-iron fence, the boundary. She asked about opening the gate but was told a stipulation in the rules didn’t allow for that.

So she chose to take a penalty drop, pitched out to the fairway and three-putted from 18 feet in her round of 75.

Turns out that was one of the changes to the modernization of the Rules of Golf in 2019, the largest overhaul ever. The gate now is treated as a movable obstruction — meaning it could be swung open, provided it was not locked (it wasn’t).

The penalty could not be rescinded because Sorenstam played from a different spot.

The rules official, Dan Maselli, was devastated and apologized to Sorenstam after the second round. Sorenstam was not bothered, saying the rules are so new that it’s easy to get it wrong in such a quirky situation.

“He wanted to apologize. He said he was wrong. I could have opened the gate and I could’ve played,” Sorenstam said. “But he said, ‘This is going to hurt me. This is eating me inside.’ I said, ‘Please, please don’t feel that way.’ I appreciate it. He said, ‘I won’t make that mistake again.’ I said, ‘Well, I won’t hit there anymore.’

“You know, those things happen. The rules have changed,” she said. “That’s the way it goes.”

Even if she didn’t play — making the cut meant finding someone to take daughter Ava to volleyball — the 50-year-old Swede did what she wanted.

Sorenstam, who retired after a three-win season in 2008 to start a family, described this as an appearance, not a comeback. She wanted a little competition as she contemplates playing the U.S. Senior Women’s Open this summer, and she said she wouldn’t have played an LPGA Tour event if it wasn’t on her home course.

This was not about trying to add to her 72 career victories. But for someone out of competition for nearly as long as her career on the LPGA Tour, she still has ample game.

“The goal was to be a little bit more aggressive. I was at times; not as much as I should have,” she said. “Overall, I’m very pleased. A little chip-in there didn’t hurt. But yeah, I look at it as a great round. I’m not going to analyze it too much.”

The attention shifts to Ko, a former teen prodigy and No. 1 in the world who won her first LPGA Tour event at 15. Ko has gone nearly three years since her last victory, though her game has been trending upward.

“No matter what happens over the weekend, I think it’s good to just keep putting myself in these positions,” Ko said. “I think you get more comfortable with it and the more times you’re there I think the higher chance that at the end it will all happen for you.”

Mourning the sisters killed as they taught handicrafts