How the NHL could embrace the NBA Top Shot revolution 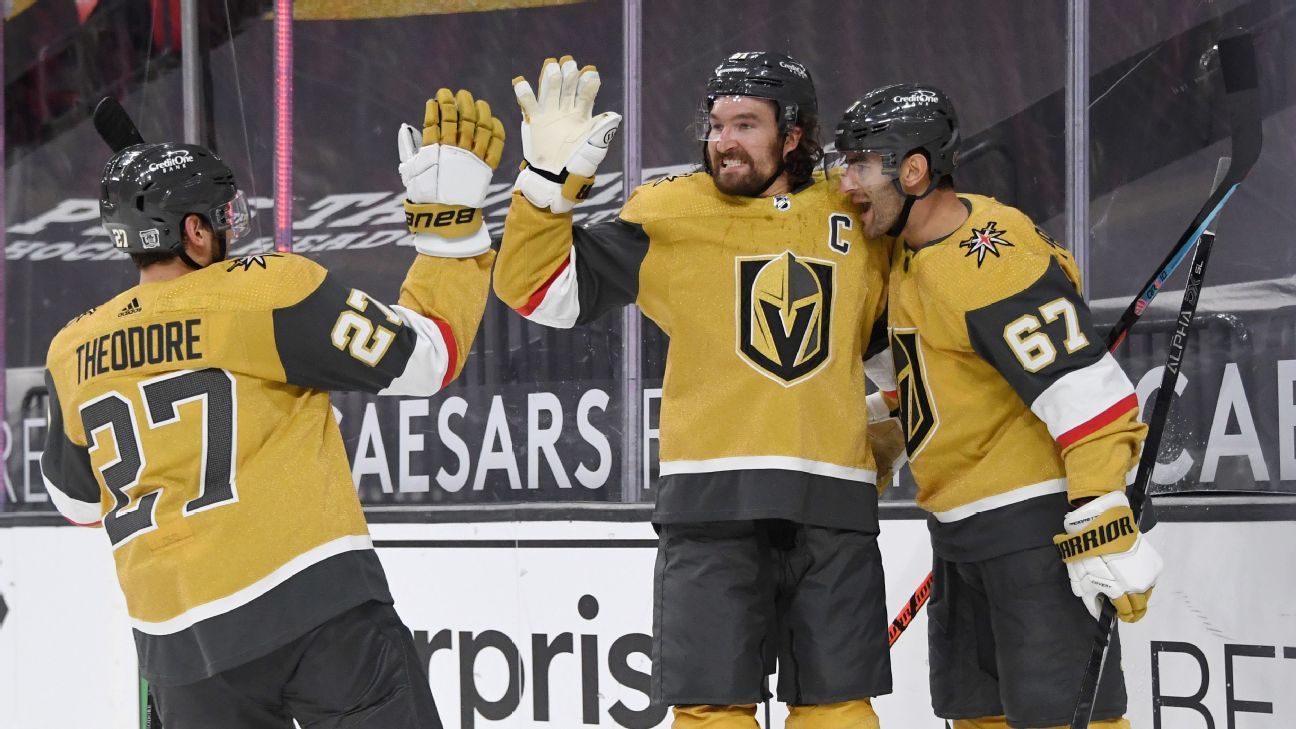 
So, you’re a hockey fan and looking at this whole NBA Top Shot phenomenon and have a bunch of questions:

What exactly is this? What is an NFT? Can’t I just watch the highlights online? And, is this coming to hockey eventually?

We’re here to help. Hopefully, by the end of this explainer, you will have a basic understanding of the world of NFTs and crypto a lot more — and what it means for the NHL and big leagues in general and be able to have a conversation about it.

What exactly is NBA Top Shot?

It is a digital marketplace where you can buy and sell NBA highlights, called moments. It’s like trading cards, but fully digital. There’s no physical collectible.

You either get these moments in packs you can buy at “drops,” or on the marketplace where other people sell individual moments.

Is this the thing that Josh Hart keeps opening on his Twitch stream?

Yes! And many other NBA players are getting in on it, especially on Twitter. Speaking of Twitter, #NBATopShotThis is becoming a popular hashtag when there are great highlights posted from any NBA game.

If this is fully digital, what am I collecting?

Basically, the highlight is individually stored as a token, and you are purchasing that token (remember, NBA Top Shot calls them “moments”). The entire process is completely transparent, using basically the same technology as Bitcoin: You always know exactly how many moments exist for each highlight, as well as the transaction history. Everything is clearly out there for you to see.

When you buy one through the marketplace or pull one from a pack you buy, that moment is yours to keep in your digital wallet, or put up for sale on the marketplace.

So NBA Top Shot is this NFT thing I’ve been hearing about?

Each moment is an NFT, yes.

Great! Makes sense. Follow up question: What on Earth is an NFT?

NFT stands for non-fungible token. This can be used to describe anything in life, physical or digital.

The “token” part is easy to understand; it’s just a good, an item, or something you can collect. A catch-all term.

Now let’s break down what “non-fungible” means. Fungible essentially describes whether something is reproducible or not. Can I replace an item? If so, it is fungible. If not, it is non-fungible.

An example: If I have a dollar bill, I can easily replace it with another dollar bill or four quarters, etc. A dollar bill is fungible. (Some experts can get deep in the weeds on this and talk about serial numbers and such, but for our purposes here, this example is just fine.)

If I have one of 300 LeBron James dunk highlights — let’s say mine is No. 23, which has even more value placed upon it because collectors like the synchronicity of their collectible being the same number as the player in the highlight — it cannot be reproduced. I know there is exactly one No. 23 of this LeBron James dunk moment, and only 300 total in existence (all with unique serial numbers). Therefore, it is non-fungible.

Other things that are non-fungible:

What is the benefit of collecting digital memorabilia vs. physical?

One thing that physical collectors go through is the appraisal process and an inherent need for trust. I can buy a card on eBay, but I have to trust that I’m getting what is actually being advertised. Sometimes when I find cards in the wild, I need to get them appraised to get a true value to them, and that means sending my card to a third-party company to get it looked at. That costs money.

In the digital space, everything is completely clear and transparent, and there will be no wear and tear on a digital good; I don’t have to worry about bent corners or pen marks or smudges on my Luka Doncic highlight.

Plus, though there are best guesses as to how many Bobby Orr rookie cards there are out there — we might know how many were printed overall — we don’t know how many are still in any condition to sell. On NBA Top Shot, you will always know exactly how many of a certain “moment” there is, and its transaction history as well. It’s all clearly visible and easily found on the blockchain.

I don’t understand blockchain. What is it?

Think of it as the technology that helps power this whole thing. A ledger of transactions, a decentralized database updated in real time. Safe, secure, nobody owns it. If you want a helpful video, watch this:


Why does the NBA care about this, and why would the NHL?

Please go to your mobile keyboard and find the emoji with dollar signs for eyes and a green tongue with a dollar sign on it and tap it 50 times!

OK, fine, there are other major reasons, like engaging their communities. Totally get that. But revenue generation is definitely a massive part of this.

Let’s stick with the NBA example: With a trading card or a licensed physical collectible, the NBA and the National Basketball Players Association gets paid when those goods are created. If I have a LeBron James rookie card and I sell it on eBay, the NBA/NBAPA doesn’t get a cut of that transaction, nor all future secondary market transactions.

With NBA Top Shot, the secondary market (called the marketplace) is also operated by the same company, and the NBA/NBAPA gets a payment on every transaction. So, if a LeBron James moment is sold 50 times on the marketplace, all of those entities would get a cut 50 times.

The “Supreme” effect. Low supply, high demand. The power of the internet. FOMO. Any combination of those things, for starters.

I’m still not understanding. Where is the value?

Why is there value placed upon trading cards? They are just pieces of cardboard with a picture on it, aren’t they? I can print that at home … but my home-printed Wayne Gretzky rookie card won’t sell for over a million dollars.

An educated guess as to why there is value here is a combination of high demand and low supply, investor bullishness, society’s desire to collect both physical and digital things, and the joy of being part of a community with good vibes (which has been said about the NBA Top Shot community).

So what does this all have to do with hockey?

Well, nothing at the moment, but this model will almost certainly be coming to all sports leagues. The UFC version will launch soon enough through the same company that created Top Shot, which is Dapper Labs.

The CEO of the company, Roham Gharegozlou, said that all of the major leagues have been in touch with him, so it’s not a stretch to think that NBA Top Shot will be replicated for the NFL, MLB, and yes, the NHL as well. The one thing Dapper Labs is conscious of is the surge in demand that they have seen, and so they are trying not to grow too fast.

When can I buy my ‘Ray Bourque raises the Stanley Cup for the first time’ moment?

What’s happening with NBA Top Shot right now is that the demand is growing so fast that the company hasn’t introduced that many old highlights yet. For example, Michael Jordan highlights aren’t available. This is partly because Dapper Labs wants to make sure that they can accommodate the sheer influx of demand that would come when those moments drop. You can imagine that when they are finally released, highlights like “The Shot” and “The Shrug” might go for a million dollars or more.

By the time other leagues are introduced, including the NHL, the company and website might have scaled to the point that they will be able to handle the bandwidth of multiple “Top Shot” style marketplaces operating at once, and so this would be a moot point.

What will become the most lucrative NHL ‘moment’?

Obviously Wayne Gretzky high-sticking Doug Gilmour in the 1993 Stanley Cup playoffs that resulted in a non-call and the Kings eventually eliminating the Leafs, only because that high stick wasn’t called …

In all seriousness, that’s a great debate. I have to think Bobby Orr’s flying goal would be up there. Alex Ovechkin’s behind-the-head goal on his back against the Coyotes. Maybe some record setters like a couple of Gretzky’s biggest moments. Mario Lemieux’s first goal, or his famous highlight-reel, coast-to-coast goal against the North Stars in the Stanley Cup Final.

It will be fascinating to watch this play out.

Have other leagues tried this digital collectible thing?

So what is the likelihood that we actually get this for hockey?

My guess? Very likely. Not just for the NHL but for all major sports, even major TV shows and series. I can totally see Dapper Labs replicating this model for Disney movies, Netflix shows, “The Sopranos,” “The Office,” “Survivor,” music videos, live concerts, you name it.

Simply put, any form of entertainment with a large audience will have collectors and investors within its fan base that would likely be interested, or at least initially curious, about something like this.

In some form, yes. I can set up an Upper Deck account, for example, and buy digital trading cards.

I can collect packs and cosmetics in NHL 21, but they live exclusively in the game. The NBA Top Shot model would be video highlights, which ushers in another dimension of collecting.

What would the NHL version of NBA Top Shot be called?

NHL Top Shelf has a nice ring to it, so that’s my vote (unless it’s already copyrighted, of course).

I’m slowly starting to understand this whole crypto thing. Are there other things we can see the NHL get into in this space?

Recently, soccer star Mesut Özil had the world’s first digital goods drop for 3D avatar company Genies. Basically, imagine a world where you have a 3D avatar online, and just like a video game you can dress it, customize it however you want, but you can also use it on every single platform you use: text messages, social media, even video games. That is what Genies is trying to do.

Özil launched a digital clothing drop with limited edition items and it generated $500,000 in 10 minutes. Could NHL apparel, NHL player goods be a part of this in the future? Maybe, certainly, why not?

Could we see NHL jerseys in Fortnite as skins one day? I hope so! The digital sandbox is expansive, and there are many possibilities.

I get the appeal, but a part of me thinks this is all just a fad and will tank.

That’s a fair point shared by some people. Dapper Labs also developed CryptoKitties, which was a white-hot NFT collectible arena a few years ago which eventually fell off a cliff — although this weird cat/dragon-looking thing is on sale for almost a million dollars.

The difference here is that, while the internet is run by cat memes and we all know it, sports fans are a different breed. There is a sense of loyalty, urge to collect and relive goose-bump moments and celebrate revered players, as well as invest. The sports connection might give it more staying power.

Man Falsely Reports His Vehicle As Stolen, Googles ‘How To Set Your Car On Fire And Make It Look Like An Accident’ – CBS Pittsburgh