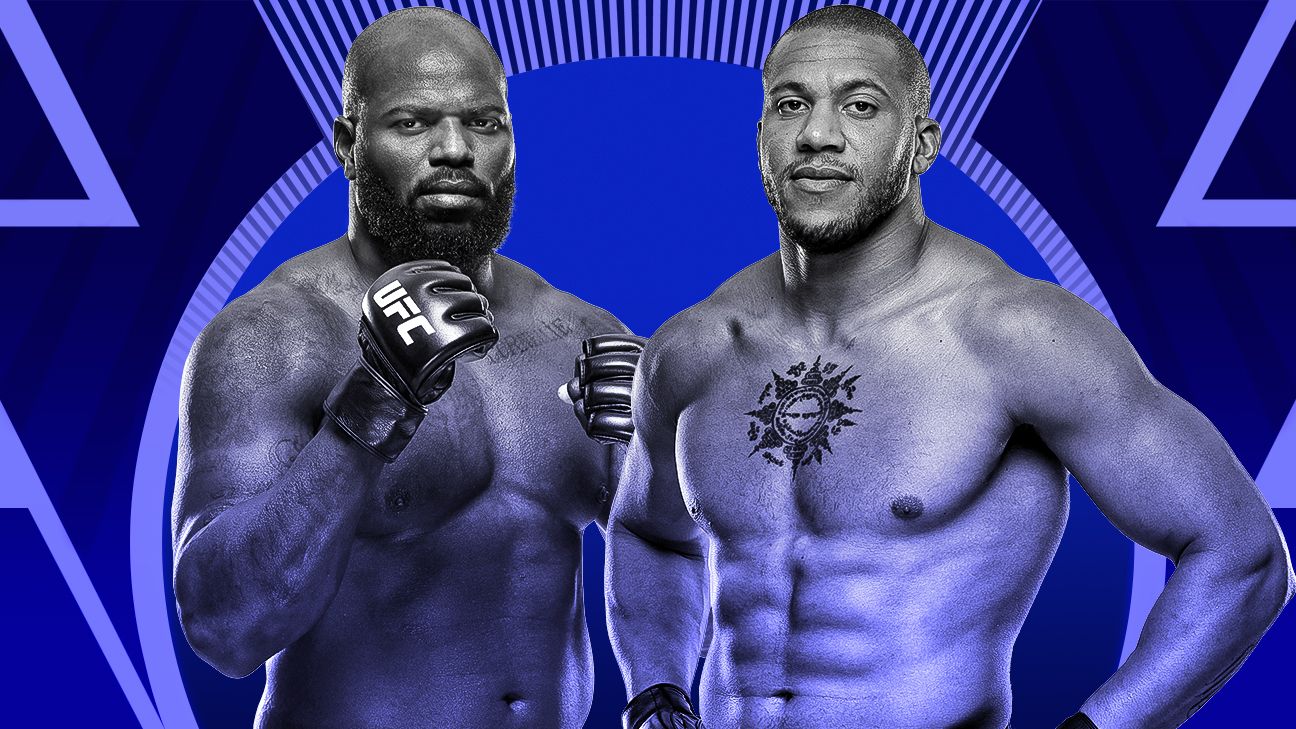 Rozenstruik (11-1) faces Ciryl Gane (7-0) in the main event of UFC Fight Night on Saturday in Las Vegas (ESPN+, prelims at 5 p.m. ET). He will enter the contest a significant betting underdog (+220). In the lead-up to the fight, Gane is the one garnering more hype and higher expectations, and if the undefeated French fighter wins on Saturday, he’ll be likely viewed as a heavyweight title contender for years to come.

It’s incredible to see Rozenstruik overshadowed by an opponent who only signed with the UFC in 2019. That was the same year Rozenstruik broke out, knocking out four opponents within the calendar year. He then used the heat of that 2019 campaign to call out the most feared striker in the division, Francis Ngannou.

For the second time in as many weeks, a UFC Fight Night card is headlined by a pair of heavyweights looking to jockey for position and a potential future title shot just weeks out from Stipe Miocic’s title defense against Francis Ngannou. After Derrick Lewis made a strong case for himself with a flash KO of Curtis Blaydes, ESPN’s No. 4 heavyweight, Jairzinho Rozenstruik, battles No. 8 Ciryl Gane as they try to climb the ranks themselves.

And, of course, that’s where things went sideways for Rozenstruik. He suffered a 20-second knockout loss to Ngannou last May, and even though he rebounded with a second-round knockout of former champion Junior dos Santos in August, that loss to Ngannou will still follow him into Saturday’s main event.

The good news is Rozenstruik has now seen both sides of what a hot or cold year can do for his career. He went from being on fire in 2019 to temporarily forgotten in 2020 after a demoralizing loss. But a win over a hot prospect in Gane, followed by — perhaps — a matchup against Derrick Lewis (who is coming off a spectacular knockout of Curtis Blaydes last weekend), could get Rozenstruik right back into title contention by late 2021 or early 2022.

And while Saturday’s fight won’t do much to dictate a UFC title shot in the short term — Ngannou will challenge Stipe Miocic on March 27, and former light heavyweight Jon Jones is already targeting the winner — the result this weekend will have implications at the top of the division for months and months to come. The winner should be set up for a big 2021 and beyond.

10: Knockouts by Rozenstruik among his 11 career victories. Seven of those KOs have come in the first round, including a 2019 win over Allen Crowder that lasted only nine seconds, the second-fastest knockout in UFC history. Also in 2019, Rozenstruik posted the latest finish ever by a heavyweight in the Octagon, a one-punch KO of Alistair Overeem at 4:56 of Round 5.

3: Heel hook submissions in the modern era of the UFC heavyweight division. Gane has one of them (over Don’Tale Mayes in 2019). Gane is one of just two UFC heavyweights to have multiple wins by tapout since the start of 2019.

1.85: Knockdowns by Rozenstruik per 15 minutes in the Octagon, the most among active heavyweights.

4: Fights in the UFC for Gane, all victories, tying him with Francis Ngannou, Derrick Lewis and Marcin Tybura for the longest active winning streak in the heavyweight division.

6:46: Average fight time for Rozenstruik in the UFC, in minutes and seconds. It’s the fifth shortest among active heavyweights who have five fights. 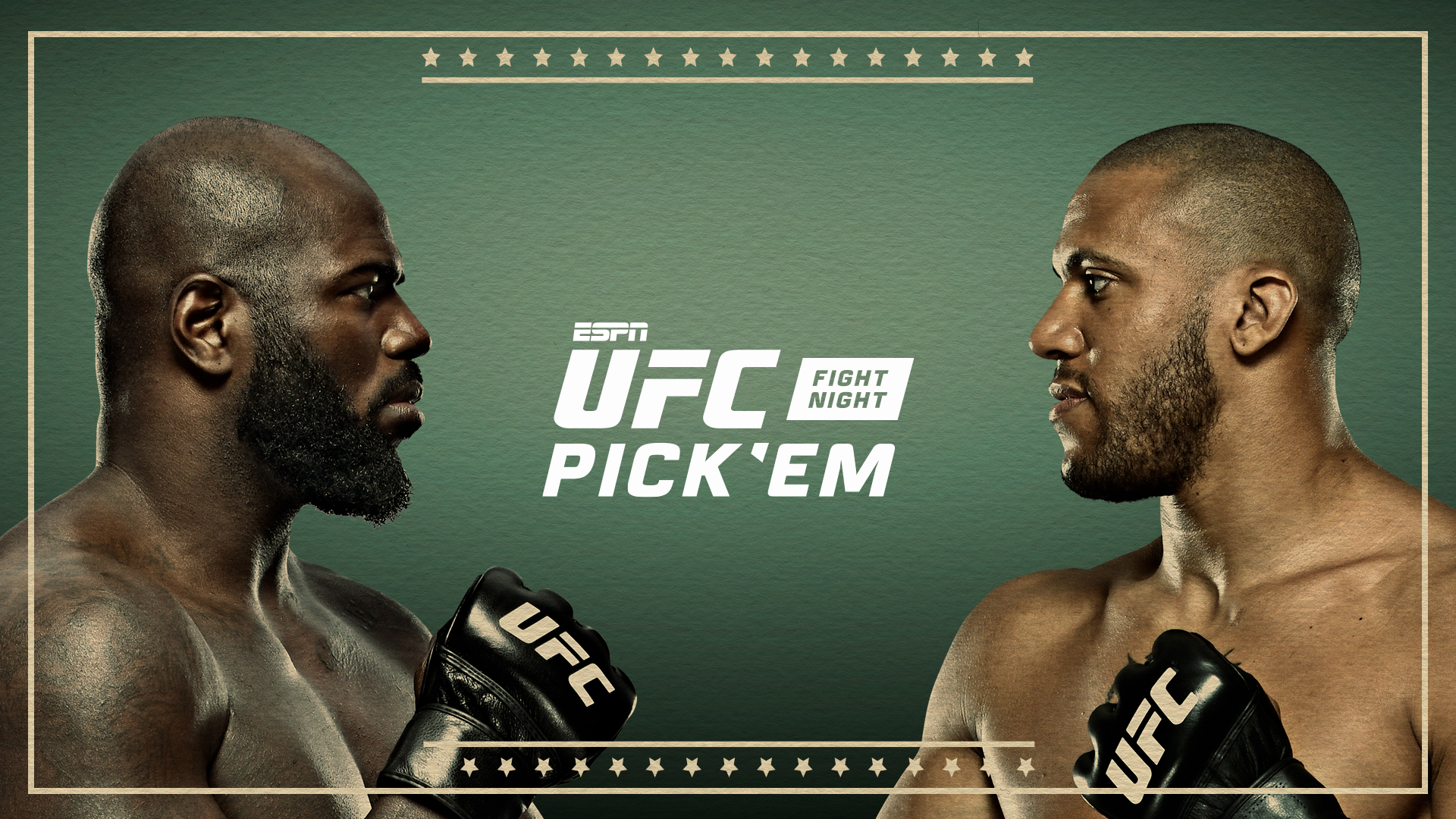 Make your fight picks and compete for a chance to win a FREE streaming of UFC 260! Make Your Picks

As head coach at American Kickboxing Academy in San Jose, California, Javier Mendez is well equipped to break down a meeting between two fighters with kickboxing backgrounds. “Rozenstruik is a more experienced kickboxer, so he’s got an advantage there,” Mendez told ESPN. “The longer it’s standing, the better Rozenstruik’s chances are to win. But Gane is such a big, powerful guy — I think a little more powerful — Rozenstruik’s best chance is to knock him out. It’s very interesting, because it’s one kickboxer with a ton of experience and another one with more power and not as much experience.”

Check out how Mendez and other experts predict this bout will play out by clicking here.

1. Magomed Ankalaev, who faces Nikita Krylov in the co-main event, has won his last five fights, tying him with Glover Teixeira for the longest active streak in the light heavyweight division.

2. Pedro Munhoz, No. 8 in the ESPN men’s bantamweight rankings, takes on Jimmie Rivera in a rematch of a 2015 fight that Rivera won by split decision. Both fighters have had recent struggles, but against top-flight competition. Munhoz has lost his last two fights, to former UFC lightweight champ Frankie Edgar and current No. 2 bantamweight Aljamain Sterling. Rivera has lost three of his last five, with the losses coming against former contender Marlon Moraes, current champ Petr Yan and Sterling.

3. When Angela Hill steps into the Octagon to take on Ashley Yoder, she will become the first woman to have five UFC fights since the start of 2020. Hill is 2-2 over that time, with split-decision losses to Michelle Waterson and Claudia Gadelha in her last two appearances.

The amazing journey and mission of BYU’s Gideon George