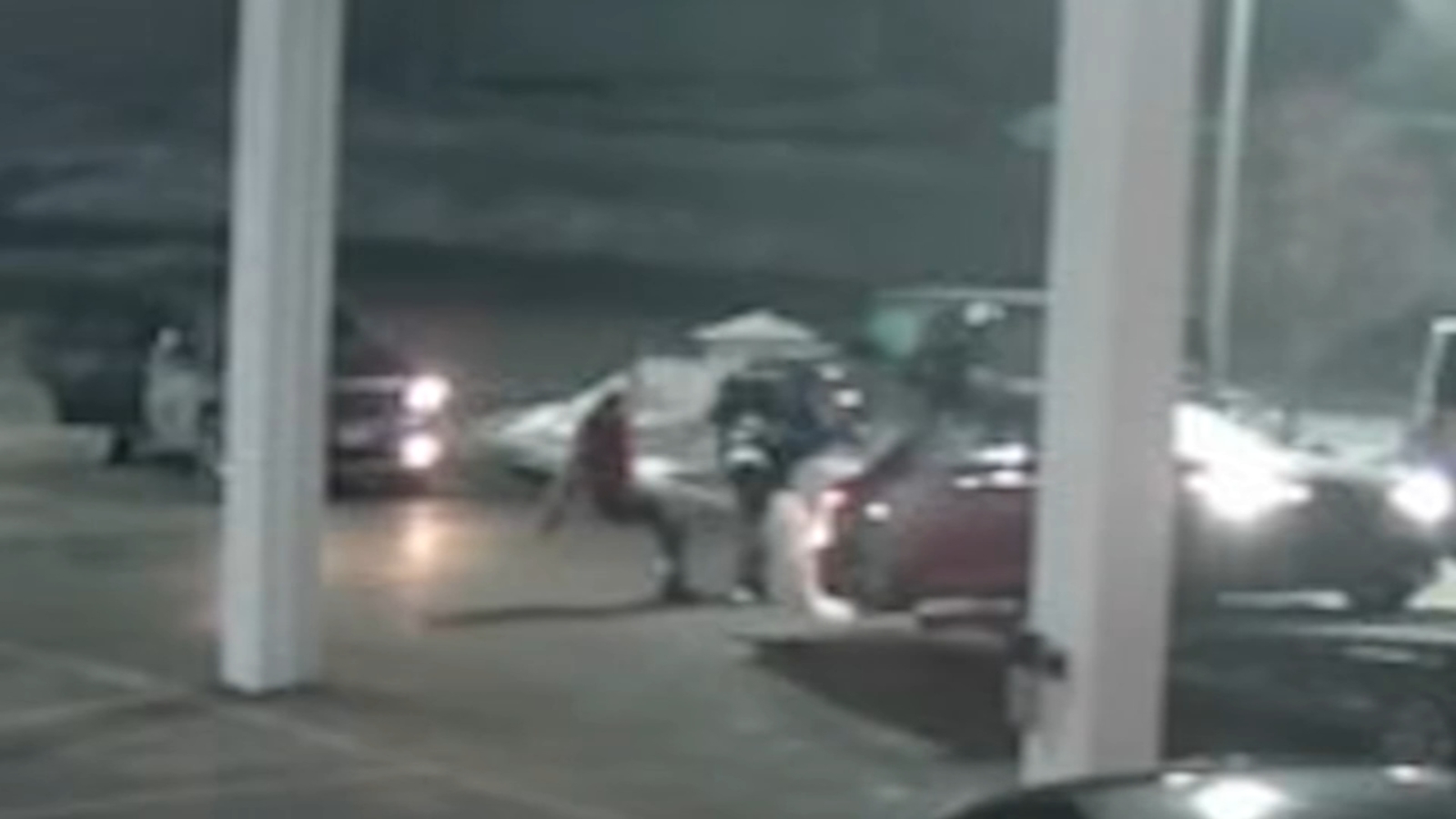 DES PLAINES, Ill. (WLS) — Des Plaines police said a luxury car delivery driver was badly beaten by a group of four thieves, who then stole three cars, and it was all caught on video.

Police said officers responded to the Jidd Motors dealership on Rand Road around 1 a.m. They found a man lying in a snow bank with injuries to his wrist and leg. The victim was taken to a local hospital for serious but not life-threatening injuries.

Video captured the entire incident, from initial break-in to quick and violent attack.

It began when four men broke into the dealership at 1313 Rand Road up the street, stealing some laptops and office supplies, and moving into a huge warehouse. In the warehouse they try to steal several vehicles, but can’t get any of them to work.

About 20 minutes later, they move on to the service center at 855 Rand Road down the road. There, the men see the truck delivery around 1 a.m. They violently attack the driver, leaving him badly injured. He limps away, eventually pleading for his life, as the thieves steal two BMWs and an Alfa Romero.

“They’re really quick,” said Adam Jidd, owner of Jidd motors. “Professional. They’re all masked up. They have gloves on them. They know what they’re doing.”

Both crimes took place within an hour. Jidd isn’t concerned about the cars that were taken, but rather the delivery driver who was so callously beaten.

“Cars, they can come and go. It’s very hard as a human being to see him limping and going and trying to survive and trying to ask for his life,” Jidd said.

Jidd said the driver has undergone two surgeries Thursday, and has a broken leg. There will now be armed security at both dealership locations.

“I never thought it was going to happen to me,” Jidd said. “You watch the news and guess what, it’s happened here.”

Police have not released any description of the attackers other than three are Black and one is white. An investigation into the attack and thefts are ongoing.

Missing Cat Finds His Way Back To Long Island Home After Being Lost For Weeks During Snow Storms, Freezing Weather – CBS New York