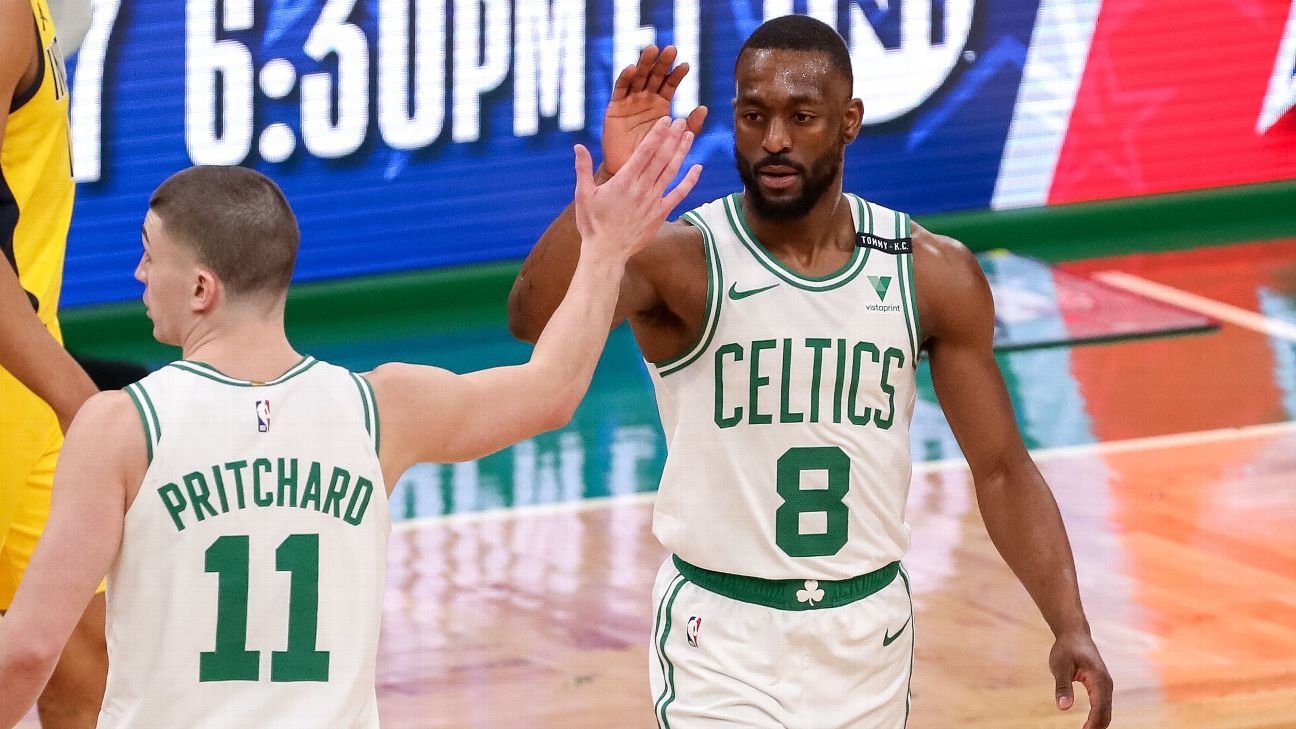 BOSTON — The Celtics — already mired in a three-game losing streak, and having lost eight of their last 11 games — found themselves down 18-4 five minutes into Friday night’s game against the Indiana Pacers. It was the kind of performance that, had fans been allowed into TD Garden, would’ve been met with a hearty round of boos.

But rather than resigning himself, and his team, to another ugly loss in a stretch full of them, Kemba Walker put the Celtics on his back. And on a night when the team’s young All-Stars, Jayson Tatum and Jaylen Brown, weren’t effective, it was Walker who scored 32 points and dished out six assists to carry Boston to a desperately needed 118-112 victory over the Pacers.

“I don’t think we win the game without his will,” Celtics coach Brad Stevens said. “I think that no matter how everyone is playing, when that thing was 18-4, he was the loudest voice. He willed us back into that thing. And now, we’re back on our footing, [and] we have a little bit of confidence, which has been shot this week.

It’s been as difficult of a season for Walker individually as it has been for the Celtics as a team. Coming off a 12-week offseason strengthening program for his troublesome left knee that caused him to miss the first several weeks of this season, Walker entered Friday night shooting 37.5 percent from the field — the second-worst percentage of his career.

On this night, though, Walker looked every bit the All-Star he was last season before the knee troubles began. After Boston fell into that 18-4 hole, Walker scored or assisted on 13 of the team’s 15 points in a 15-2 run that helped them take a lead after the first quarter.

“I try to bring that aspect to the game every night, my leadership,” Walker said. “I try to use my voice as much as possible to keep my teammates up when things are not going well.

With Tatum (4-for-18 shooting, nine points) and Brown (5 for 12, 15 points) unable to get it going, it was a combination of the two things that have received the most scrutiny in Boston’s struggles – Walker and the supporting cast — that allowed the Celtics to get this win.

Jeff Teague, the veteran point guard who has struggled mightily all season and received several DNPs of late, had his best game since scoring 19 points in the season opener, putting in 14 in 19 minutes. Rookie Payton Pritchard, who has had his own struggles lately, had nine points in 19 minutes, while young big man Robert Williams III had 14 points, 11 rebounds and four assists in 22 minutes.

“It’s been a different experience than I’ve ever been a part of, but it’s always a learning experience,” Teague said. “Just take the good with the bad and keep rolling. Tonight was a big win for our team; we played well. I’m happy to see a lot of guys play well. We finally helped JT, Kemba and Jaylen out tonight. So it was good for us.”

More than anything, it was important for the Celtics to get a win after an ugly past few days that saw them lose in overtime in New Orleans on Sunday after blowing a 24-point lead, fall on a last-second 3-pointer by Luka Doncic on Tuesday in Dallas and then get annihilated in Atlanta without Walker (knee management) on Wednesday.

After Friday’s win, everyone said how important it was to get that collective bad taste out of their mouths with a win, and Walker specifically said it was up to the team’s leaders to make sure that the Celtics stay together through their struggles.

“We’ll figure it out,” Walker said. “That’s on me. That’s on Jaylen. That’s on Jayson. That’s on Marcus. And then Tristan (Thompson) and Jeff are gonna add onto that, as well. That’s on the veteran guys, as well as Brad, too. We’ve got to keep it together. We can’t let nobody go in any other direction. Even though things might not be going as well as we would like it at the moment, but things could change really fast, so the only way you can get out of struggles is by doing it together.”

WWII Veteran honored with a Quilt of Valor