From jumbo New York Jet to Andre the Giant 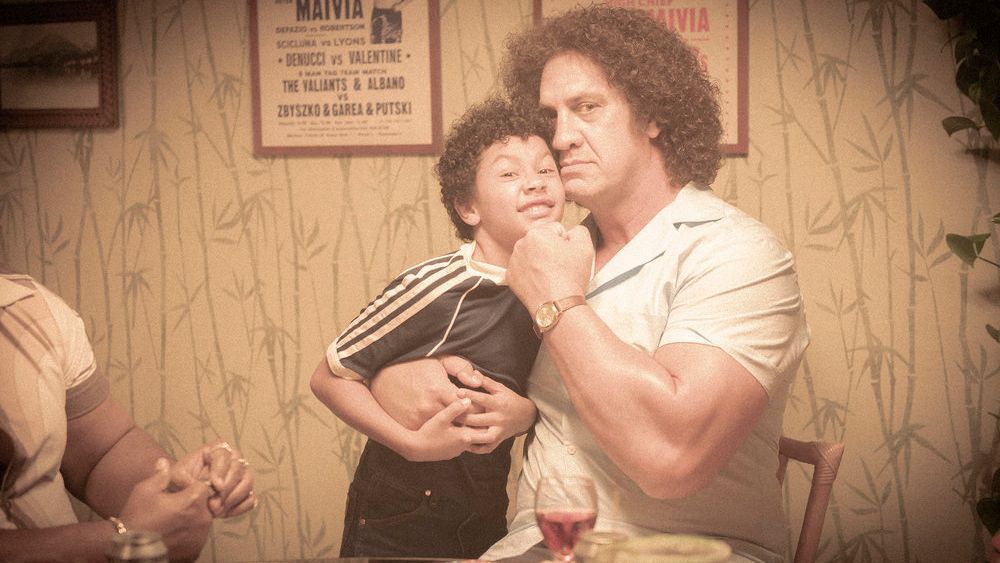 
Matthew Willig first met Dwayne Johnson about a decade ago at an Equinox gym outside Los Angeles. Willig was a fledgling actor, a few years removed from a 14-year career in the NFL trenches. Johnson was … well, The Rock.

The Rock wore a hoodie that day, Willig recalled, surmising the Hollywood megastar wanted to keep a low profile during his workout. They shared a couple of Nautilus machines, and later in the lobby, Willig pulled him aside and requested career advice, the former offensive lineman asking the former defensive lineman about how he could advance his career in show business.

Willig didn’t get a bum’s rush — or a bull rush, for that matter. Johnson was gracious.

More than 50 movie and TV credits later, Willig finally has a place on The Rock’s team. He plays wrestling icon Andre the Giant in the new NBC series “Young Rock,” a biographical comedy that captures Johnson’s life through his formative years. Johnson’s father was a professional wrestler, so the young Rock grew up with some of the sport’s most colorful characters, including Andre René Roussimoff — aka the Eighth Wonder of the World.

“His persona was one thing, [but] he was such a gentle giant, which doesn’t surprise me,” Willig, 52, said in an interview with ESPN. “I’ve been living that life for a long time.”

PODCAST: Matthew Willig talks about his bond with The Rock

During his NFL career, which started with the New York Jets in 1992 and included five other teams, Willig was listed at 6-foot-8, 315 pounds — one of the biggest men in a big-man sport. He came up the hard way, an undrafted free agent from USC who hung around long enough to win a Super Bowl ring with the 1999 St. Louis Rams (even though he didn’t play a single down).

In a sense, he has spent the past three decades auditioning, first in the NFL and now in the cutthroat business of Hollywood — forever a role player.

“I’ve been really fortunate,” Willig said. “I’ve worked hard and I haven’t taken no for an answer, so to speak. I always said, ‘Why not me? Why can’t I be the guy that does it?’ It has worked out pretty well for me. To have just as long a career in this as I did in football, I’m pretty proud of that.”

Often cast as an intimidating muscle guy, Willig is perfect as Andre the Giant, who reportedly was 7-foot-4 and 500-plus pounds during his heyday in the 1970s and 1980s.

It took a lot of research and a lot of eating for Willig. As large as he is, Willig gained 35 pounds in an effort to recreate Andre’s prodigious midsection. (A production secret: He also wore boots with 3-inch lifts.)

To master Andre’s French accent, he worked with a dialect coach. To understand the bond between Andre and The Rock, Willig probed Johnson, asking the star to describe his kinship with the wrestling legend, who died of congestive heart failure in 1993.

“He gave me a really nice, detailed and sweet version of his relationship,” Willig said. “He idolized him in a way and got a lot of advice from him, which we explore in the show and will continue to explore.”

Johnson is a co-creator of the show, which premiered Feb. 16 and explores his upbringing in three different stages — as a 10-year-old known as Dewey (Adrian Groulx), a 15-year-old (Bradley Constant) and a freshman at the University of Miami (Uli Latukefu). The Rock stars as himself in a future setting, 2032, when he’s interviewed by Randall Park upon announcing his candidacy for president of the United States. The interview sets the stage for flashbacks to his childhood.

Willig has a big part in Episode 6, titled “My Day With Andre.” In its review of the show, Rolling Stone says this particular episode is a “warm, bittersweet tale about the lessons that Dewey and Andre the Giant have to teach one another.” Willig, who gets a chance to show off his acting chops, said it includes “some soulful moments, some soft, tender moments” between Andre and the young Rock.

This was a passion project for Johnson, who became choked up during some of the table reads, according to Willig. (Because of the coronavirus pandemic, they rehearsed the script via Zoom, with Johnson in Atlanta and most of the cast and crew shooting in Australia.) Because it’s the story of his life, Johnson took a hands-on approach with the actors.

“Every single one,” Johnson said in an interview with The New York Times. “And I was able to spend some time with them prior to shooting and let them know what I was like during that time, what I thought my priorities were, the times … that I fell on my ass and had to get back up. That was surreal, in and of itself.”

In Episode 1, Dewey, surrounded by his dad, Rocky Johnson (Joseph Lee Anderson) and a bunch of his wrestling friends, drops the F-word: fake. The room goes silent. Andre hoists the horrified boy to eye level and declares, “Does this feel fake?”

Willig stayed in Australia from September to December last year. By the end of the shoot, Willig’s knees were aching because of the weight he gained for the role, and it reminded him of how he felt near the end of his playing career. The role was physically demanding, especially the wrestling scenes. He got a bruise on his rear end because he bounced off the ropes the wrong way. One scene, a Battle Royal with 25 wrestlers in the ring, took more than a week to choreograph.

“A guy his size, with his look, he definitely has a role in Hollywood,” said former Jets quarterback Boomer Esiason, Willig’s teammate for three seasons. “I’m so happy for him. It’s always great when you hear an ex-teammate doing well. [He was] a great teammate, a guy who worked his ass off.”

Willig, who also played for the Atlanta Falcons, Green Bay Packers, Carolina Panthers and San Francisco 49ers, didn’t know what to do with his life when he retired from football in 2005. As he said, “I was in that tweener time. I played 14 years in the NFL, but I didn’t make enough money to where I could just retire. What’s a guy like me going to do?”

He had done some radio shows during his playing days and always felt comfortable in front of a camera, so he decided to pursue acting.

“He always had that funny personality and joking nature,” said ex-linebacker Marvin Jones, a former Jets teammate. “I could 100 percent see him as an actor. Kudos to him.”

Willig has performed in several comedies, including “We’re the Millers” (2013), starring Jennifer Aniston and Jason Sudeikis. Willig plays a Mexican drug lord named One Eye. In the movie, Aniston performs a striptease. In the original script, she’s supposed to dance specifically for Willig’s character. About 20 minutes before shooting the scene, he received a knock at the door of his trailer and was told that part of her dance routine had been eliminated.

Willig was bummed, but he still has fond memories.

“Jennifer couldn’t have been sweeter to me,” he said.

Willig played a small part in “Birds of Prey” (2020), starring Margot Robbie. He also played Lash in the “Agents of S.H.I.E.L.D” TV series (2015-16). While keeping his acting skills fresh by appearing in commercials, Willig says his future plans consist of more projects in a producing role.

Of all his screen credits, the one with the strongest emotional connection is “Concussion” (2015), which starred Will Smith. Willig plays the late Justin Strzelczyk, a former Pittsburgh Steelers lineman who battles brain trauma and eventually dies in a fiery car wreck.

It hit home for Willig, who played college ball with Junior Seau and Scott Ross — neither of whom reached their 46th birthday. Seau shot himself in the chest; Ross, part of the concussion lawsuit against the NFL, was found dead in a car. Autopsies later discovered they suffered from chronic traumatic encephalopathy (CTE).

When Willig went for the part in “Concussion,” he cried during the audition. He forged a friendship with Strzelczyk’s family, which strengthened his attachment to the role.

“It was really an emotional shoot, and I was proud to be a part of it,” Willig said.