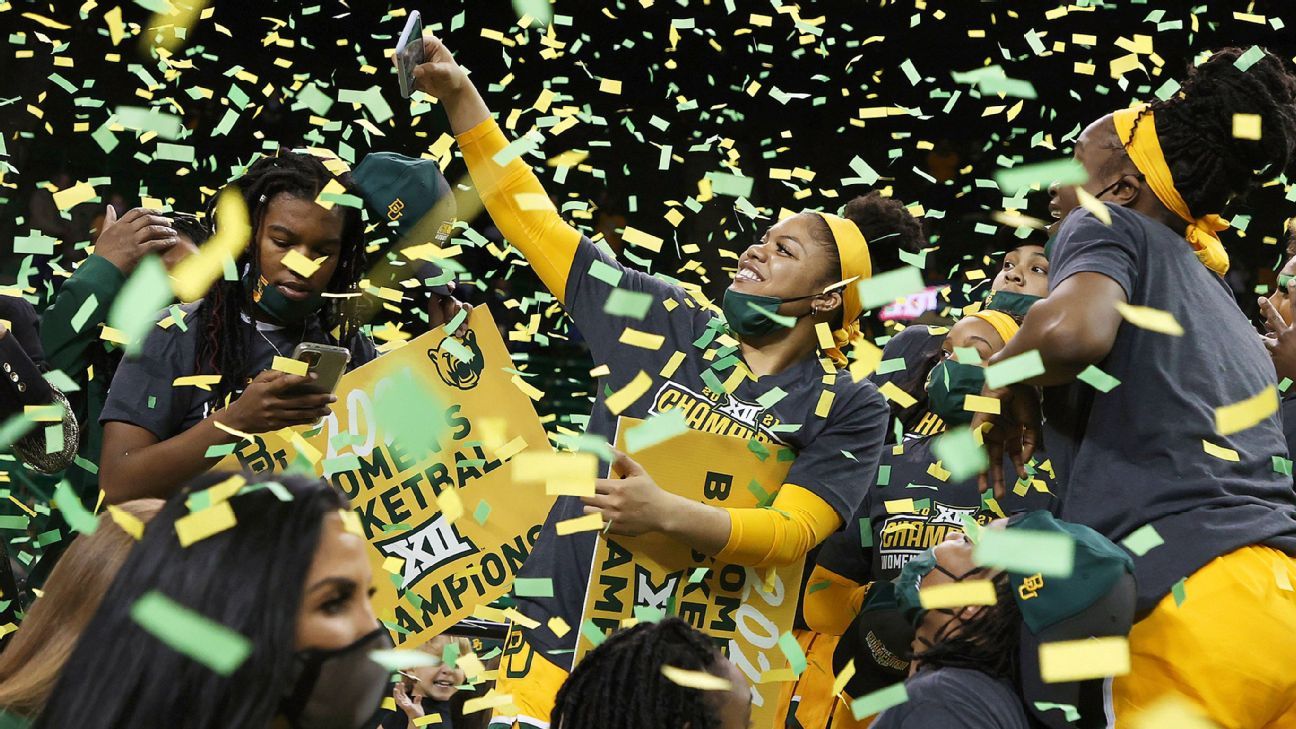 NaLyssa Smith added 16 points and Moon Ursin scored all 15 of her points in the first half and had a career-high eight assists as the Lady Bears (19-2, 14-1) topped the Wildcats for the 36th straight time.

Baylor, which won the most recent NCAA tournament title in 2019, has a 184-9 regular-season league record during the title streak, including four 18-0 seasons. The Lady Bears also have won eight conference tournaments in that stretch.

No. 18 West Virginia is the only team that can catch Baylor, and it would require the Lady Bears losing their remaining three games. Baylor has 12 Big 12 regular-season titles overall.

Rachel Ranke hit three 3-pointers for nine points for Kansas State (7-15, 2-13). She reached 1,000 points exactly for her career and became the sixth player in school history with at least that many points to go with at least 300 rebounds and at least 200 3s.

Ursin, a career backup before becoming a full-time starter this season, finished her strong first half by tipping an offensive rebound to herself and beating the buzzer with a jumper for a 40-19 halftime lead.

A few minutes later, Ursin, DiDi Richards and Stanford graduate transfer DiJonai Carrington, who made her first start of the season, were taking flower bouquets from coach Kim Mulkey in a senior day halftime celebration.

The Lady Bears chose this game to celebrate rather than their final scheduled home outing, a COVID-19 makeup game against West Virginia on March 8.

A jumper by Moon started a 20-2 run over the first and second quarters that turned a 14-9 lead into a 34-11 advantage, and the Lady Bears steadily pulled away while leading by as many as 39 points.

With Baylor leading by 38 and 1:11 remaining, Mulkey sent Ursin, Richards and Carrington back into the game. Ursin brought the ball past midcourt, and Baylor called timeout to take them out again.

Richards, fourth on the school’s career list in assists, finished with six while scoring two points. Carrington had six points.