Georgia boat rescue: 4 children and 2 adults were rescued off the Georgia coast 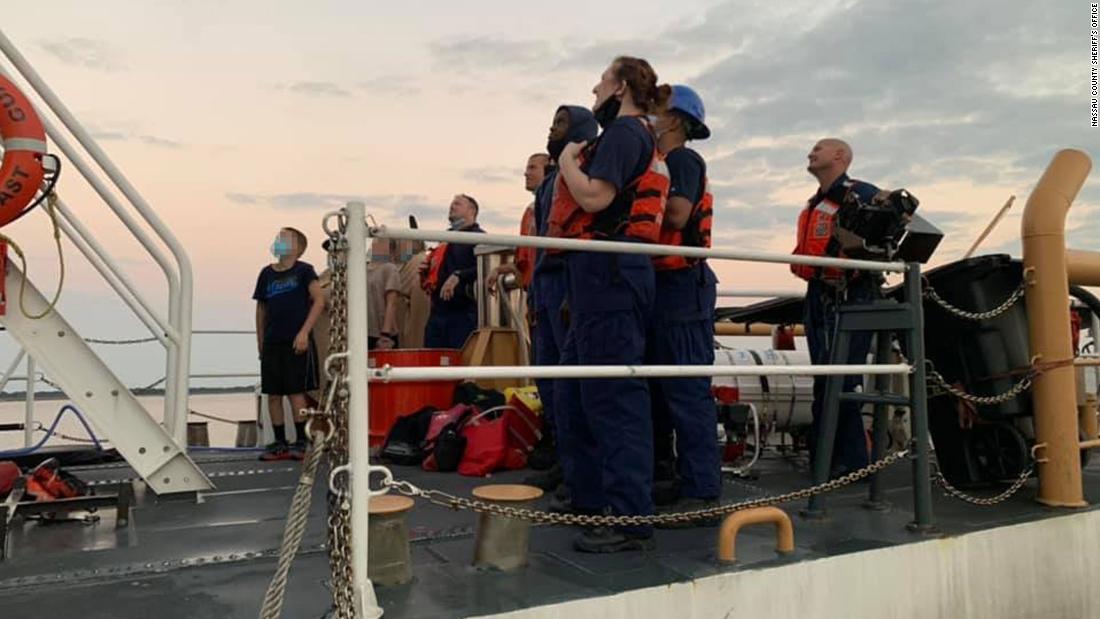 
The 17-foot boat was near the entrance to the St. Marys River on the Florida-Georgia border when it hit something and started taking on water, the Nassau County, Florida, Sheriff’s Office said in a Facebook post.
The US Coast Guard cutter Sea Dragon was returning from offshore and launched a small boat crew to rescue the six people from the boat, the Coast Guard said in a statement.
A marine unit from the sheriff’s office used a pump to remove the water from the boat before towing it to the Amelia Island boat ramp in Florida.

The marine unit then returned to the Sea Dragon to pick up the six people and ferried the group to the town of St. Marys in Georgia, the sheriff’s office said.

No injuries were reported.

The Georgia Department of Natural Resources is investigating the boat accident, according to the sheriff’s office.

“In the Florida/southeast Georgia area, we remind boaters that during this time of year, the possibility of hypothermia still exists,” said Boatswain’s Mate Kristian Sova, the Sea Dragon’s commanding officer. “If you can, remain with your boat and try to remain together as a group, this greatly increases the likelihood of first responders finding you if you’re ever in the need of assistance; this was a very fortunate outcome, special thanks to those involved in this rescue.”