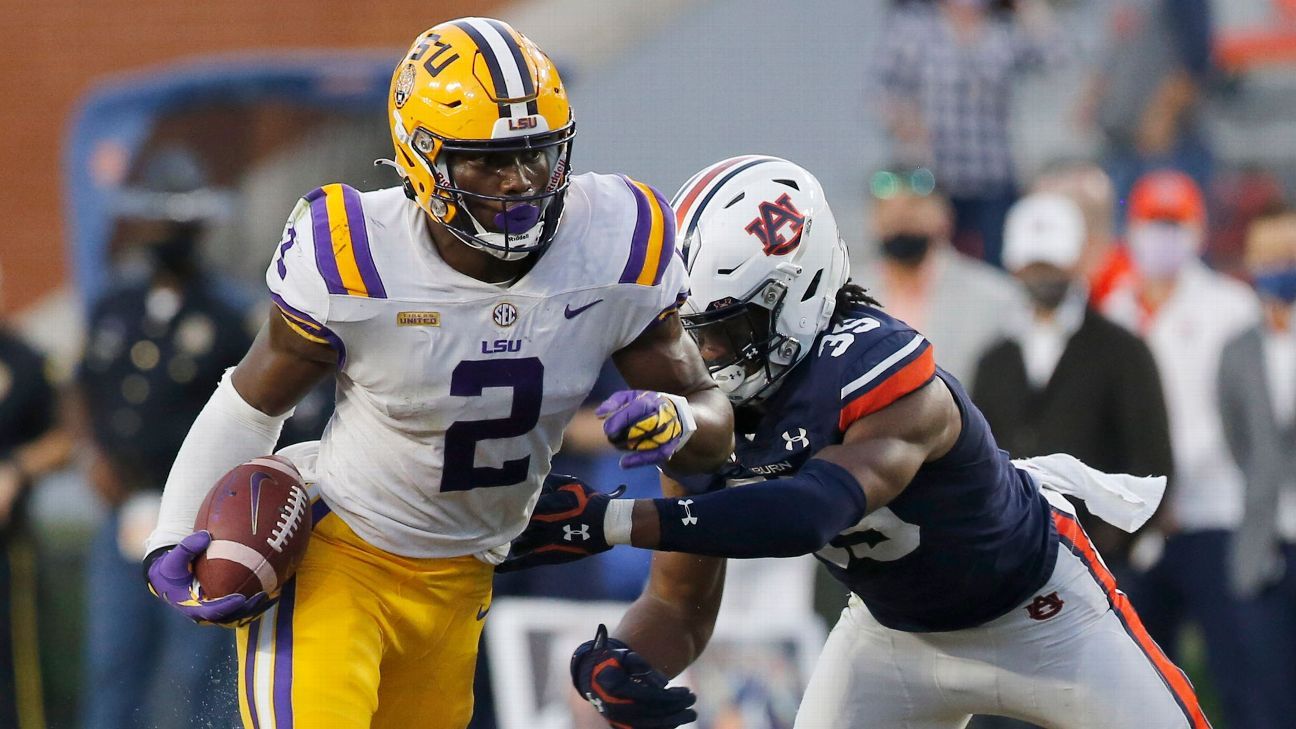 
Tight end Arik Gilbert is back on the market after announcing he is re-entering the transfer portal on Sunday.

Gilbert entered the transfer portal while enrolled at LSU and eventually chose Florida as his next destination on Jan. 31. Four weeks later, Gilbert took to Twitter to say he’s backing off that decision and will not enroll with the Gators.

“I have decided to decommit from the university of Florida and re-enter the portal,” Gilbert tweeted. “I will not be announcing my final decision until i am enrolled into school and on campus.”

Gilbert was the No. 6-ranked recruit, a five-star, in the 2020 class and played in eight games as a true freshman this past season. He accounted for 368 receiving yards and two touchdowns but opted out of the remainder of the season on Dec. 9.

At the time Gilbert opted out, LSU coach Ed Orgeron said he had hoped Gilbert would be back with the program. But Gilbert never played another down for the Tigers and announced his intention to transfer nearly a month later.

The Gators still have two ESPN 300 tight end signees from the 2021 class in Gage Wilcox and Nick Elksnis; they also have Kemore Gamble, Keon Zipperer and Jonathan Odom on the roster.

Chelsea, Man United lack the cutting edge a player like Haaland would offer