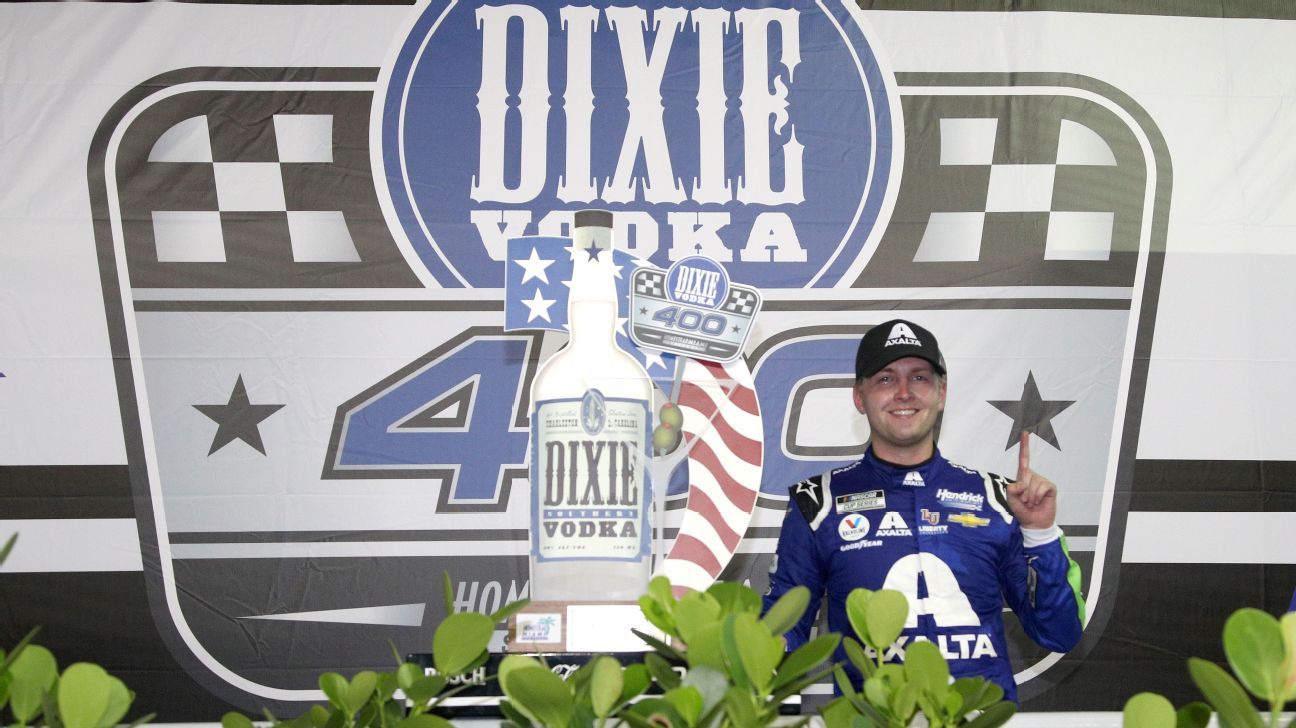 
HOMESTEAD, Fla. — William Byron gave NASCAR its third surprise winner in three weeks, this one not quite as stunning as the first two at Daytona International Speedway.

Byron controlled most of the final two stages at Homestead-Miami Speedway on Sunday and won for the second time in 111 Cup starts. His first one came at Daytona last August and landed him one of the final spots in the playoffs.

No one saw that one coming.

And few had this one on the radar, either.

Byron entered the weekend as a 28-1 shot to win a race many expected would provide a return to normal for the racing series. Instead, Michael McDowell and Christopher Bell have company in the relatively odd group of 2021 winners.

Byron hardly qualifies as even close to as much of a shocker as the previous two — both first-time winners — because he drives the famed No. 24 for Hendrick Motorsports. But he also hadn’t exactly been a regular in victory lane.

Then again, those inside the Hendrick organization had a feeling he could be in for something big this season since he reunited with former crew chief Rudy Fugle.

“That guy has been huge for my career,” Byron said. “He’s the reason I’m here and I’m just glad we could get him.”

They had their best year together while running the Truck Series for Kyle Busch Motorsports in 2016, even winning at Homestead.

When Byron’s former crew chief, Chad Knaus, moved up at Hendrick Motorsports, Rick Hendrick hired Fugle and paired him with Byron. It was a rare move for Hendrick, who typically grooms his crew chiefs from within the organization.

Fugle spent eight years at KBM and led the trucks program to two driver championships and five owner titles. His trucks won 28 races, seven with Byron behind the wheel.

Chris Buescher dominated the race early, winning the opening stage (the second stage win of his career). The Roush Fenway Racing driver led five times for a total of 57 laps, but he started to fade as sunset neared. Buescher dropped from sixth to 23rd after a restart early in the final stage.

Byron took over from there.

A tire carrier for the Joe Gibbs Racing No. 11 Toyota was cleared to participate in Sunday’s race after getting clipped on pit road a day earlier.

Josh Shipplett complained of rib soreness after Xfinity Series driver Daniel Hemric overshot his pit stall and hit one of the right-side tires Shipplett was carrying during an early pit stop. The contact knocked Shipplett to the ground. He ended up getting X-rays, which were negative, and was cleared to work the Cup Series event.

Hemric apologized profusely after Saturday’s race, saying “I’ve got to be better than that.”

Retired driver and current Fox Sports racing analyst Clint Bowyer wore a Tom Brady jersey during the pregame show to pay off a Super Bowl bet with former Stewart-Haas Racing teammate Aric Almirola, a Tampa native. Bowyer is from Kansas and is a huge Chiefs fan. He jokingly tossed a replica Lombardi Trophy to the asphalt in disgust for his attire.

It was the second straight year Bowyer was part of a friendly, on-air wager. Fellow Fox analyst and four-time NASCAR champion Jeff Gordon lost a Super Bowl bet with Bowyer in 2020 when the Chiefs beat San Francisco. Gordon had to wear a Chiefs jersey during a Daytona 500 broadcast.

The series heads west for a two-week stretch, beginning with the Pennzoil 400 at Las Vegas Motor Speedway next Sunday. Joey Logano is the defending race winner.

Correspondent speaks to migrants making dangerous journey to US