Apple had a blowout quarter in China. But can its success there continue? 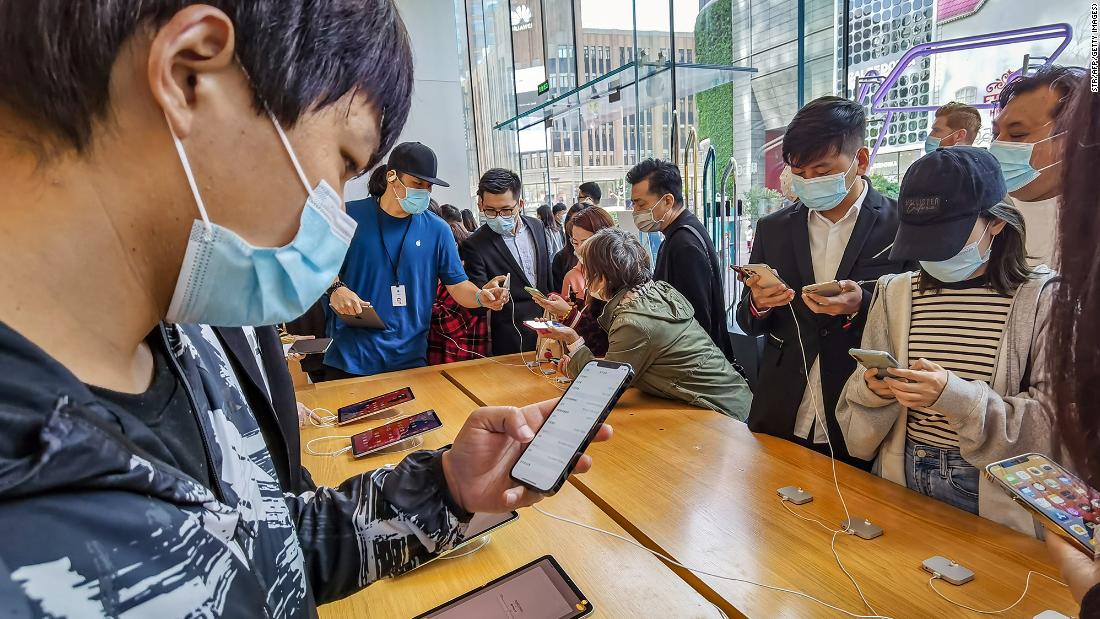 Sales in the greater China region grew a whopping 57% from the same period in the previous year, topping more than $21 billion, thanks to strong demand for the iPhone 12. The results marked a big win in a key market for Apple (AAPL) — China sales made up nearly 20% of the company’s total revenue in the quarter.

But the iPhone maker hasn’t always been able to count on such a strong performance in the market.

Yet analysts are optimistic that Apple’s success in China in the most recent quarter was not an anomaly.

“China was kind of like a thorn in Apple’s side,” said Dan Morgan, senior portfolio manager at Synovus Trust Company. “Now, the pendulum has completely swung to the other side.”

Though sales in China haven’t always been steady in recent years, the market remains a crucial one for Apple.

The country’s large middle class has big spending power. Mobile applications for services such as shopping and banking are especially popular with Chinese consumers, creating the potential for Apple to earn more incremental revenue from its App Store and software services. And there’s still room for growth — Apple’s global 2020 smartphone market share was 14.8%, but it was only 10.1% in China, according to data from Gartner.

China is expected to account for roughly 20% of total iPhone upgrades in the coming year, Wedbush analyst Dan Ives said in a note to investors last week. China remains “a key ingredient” to Apple’s success, he added.

Apple CEO Tim Cook recently granted a rare interview to Chinese college student and tech influencer He Shijie, a move likely to drum up even more support among young Chinese consumers. Cook said there are “a ton” of Apple product features that were inspired by Chinese consumers, including the QR code scanner and night mode for the iPhone.

“We listen very carefully to our customers there and wind up creating things based on that that are then given to the world,” Cook said. “We get a lot of feedback from China.”

‘A record number of upgraders’

The iPhone 12 was a major contributor to Apple’s China sales growth in its last quarter, though Cook said during the earnings call that other products, including the iPad and wearables, also contributed.

Analysts say many consumers in multiple markets held off on buying the last few iPhone models, because smartphone lifecycles have gotten longer, and there weren’t enough novel features to make consumers shell out for a new device. By the time the iPhone 12 with 5G launched in October, consumers were overdue for an upgrade.

There are several reasons the iPhone 12 was poised to be especially popular in China, where Cook said there were “a record number of upgraders” during the holiday season. One reason is that China’s 5G networks are more robust than in many other markets, giving consumers there greater incentive to upgrade. In the United States, by contrast, people might have to wait until 5G is more widely available.

“(There has been) a very aggressive build out of 5G in China; in the United States, we’re getting there but we haven’t been as committed,” Synovus’ Morgan said.

China’s economy also recovered faster from the pandemic-related downturn than other countries — it’s currently about two quarters ahead of Western Europe and North America, said Gartner analyst Annette Zimmermann — so its consumers may have more cash to spend on new devices. Apple sold 8% more smartphone units in China in 2020 than the year before, according to Gartner, and that number only includes about two months of iPhone 12 sales.

“We will still see very positive growth over the next two quarters,” Zimmermann said. “There are a good number of people who still need to upgrade to the next generation and (who will be) driven by 5G.”

Apple may also be benefitting from Chinese competitor Huawei’s struggles. Recent US policies have cut off Huawei’s access to top-tier American tech, leaving it unable to use software from Google (GOOGL), for example, in its smartphones, making them less appealing to some consumers.
Apple’s share of the smartphone market in China ticked up nearly 5 percentage points during the December quarter, while Huawei’s dropped by more than 10, according to data from IDC.

Whether Apple’s strong growth in China continues will likely depend in part on analysts’ predictions of an iPhone 12 upgrade “supercycle” coming true — and many still think it will.

“I’m bullish that these December China numbers aren’t just a quick aberration,” Synovus’ Morgan said. “I’m optimistic that we are, in fact, going to get that cycle and that this quarter was evidence that is beginning.”

AppleApple had a blowout quarter in China. But can its success there continue? - CNNblowoutChinacontinuequartersuccessTech
0
Share