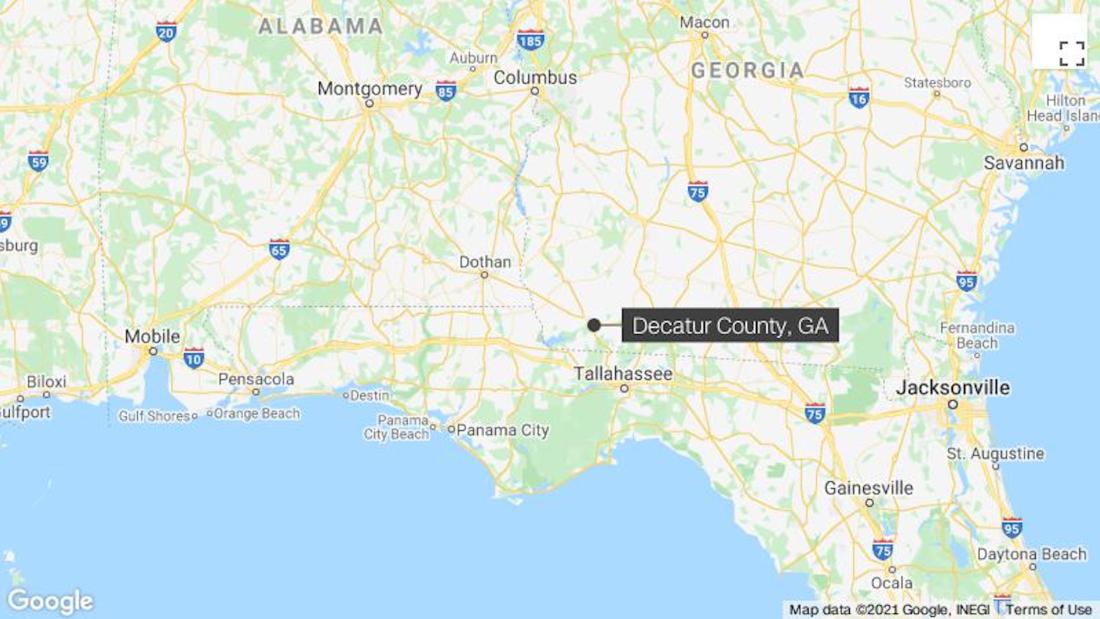 The GBI said preliminary information indicated the deputy was shot during a pursuit Saturday that began in Seminole County, Georgia, when a deputy tried to conduct a traffic stop for reckless driving on two men driving in a white pickup truck with a Florida tag.

The men refused to stop and fired a weapon at officers pursuing them, who returned fire, the GBI said in a news release. Decatur County deputies later joined the pursuit.

The suspects drove into the driveway of a home and “attempted to gain entry shooting through the door” but left after the homeowner returned fire, according to the release.

One of the suspects then shot a Decatur County deputy arriving at the scene, the GBI said. The deputy was taken to a local hospital for surgery and is in critical condition.

The suspects fled in their truck, which they wrecked “a short time later in a wooded area,” the release said. A Georgia State Patrol helicopter and crew joined the manhunt following the wreck.

One of the suspects, identified as Brad Phillips, 41, was taken into custody without further incident, the GBI said in the release. He’s been charged with aggravated assault on a peace officer.

The GBI identified the second suspect as Troy Arthur Phillips. He has been arrested and is in police custody.

Correction: A previous version of this story misidentified where the pursuit began. It started in Seminole County, Georgia.