‘Mandalay was a massacre’: Security forces fire at protests 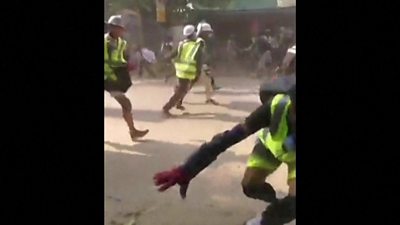 
Security forces have shot dead eight people, and injured many more, as civilians continue their peaceful protests against a coup in Myanmar.

The worst of the recent violence appears to have taken place in the city of Mandalay. A large rally was just winding down, say eyewitnesses, when high-velocity rounds sent protesters running for cover.

“There’s no particular, obvious objective to it except to terrorise people”, said the BBC’s Jonathan Head, adding that Myanmar has “all the hallmarks of a civil war… but only one side is armed.”